8 Reasons to Choose Idea Grove as Your Social Media Agency

Finally ready to create a social media program for your business? Here are eight reasons to choose us:

1. We were the first PR firm in Dallas to "get it." Scott Baradell started Media Orchard in March 2005 and grew it to become one of the top 3,000 blogs in the world as measured by Technorati. He followed this up in October 2006 by creating his own social news site modeled after Fark and Digg. Today, his firm places in the top search results for most terms that clients use in seeking a Dallas-based PR firm. We know how social media tools work because we've been using them ourselves for years.

2. We prove it by doing it -- every day. We drive blog, social networking and SEO strategy for clients large and small. We've been helping clients with their social media programs for more than two years now; if you can find another PR firm in Dallas that can tell you that, be sure they produce evidence. We can.

3. We won't beat you down with hipster pretense. We don't do Buddy Holly glasses and all-black fashion ensembles, and we won't talk down to you. Hipsters who try to wow you with jargon are usually just trying to cover for their own inadequacies -- such as lack of real-world experience.

4. We know what it's like to run large PR departments. Scott Baradell has served as vice president of communications for two different billion-dollar corporations. He's spent hundreds of thousands of dollars on PR campaigns with firms like Fleishman-Hillard and Burson-Marsteller. He's also seen the value in hiring small firms he can trust.

5. We know what it's like to run startups. Baradell co-founded and raised $3 million in funding for his own venture-backed startup. He understands the challenges of building a business on a shoestring -- and to have VCs always looking over his shoulder.

6. We believe in old-fashioned ways of demonstrating value. We don't think much of vague objectives. We translate our efforts into results -- like increased Web traffic, improved search position, you name it. We're honest about what we can do for you, and we tell you how we're going to get there.

7. We try to have fun. Life ain't worth it if you can't have an occasional laugh. Check out our social news site, Spin Thicket, to see what we mean. 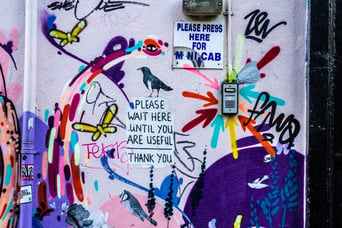 It's 2005: Time for Advertisers to Embrace Blogs