David Pogue and the Ghost of Ethics Past

(This post originally appeared in 2006. It's a different ethics world today. So you might find this story quaint.)

A generally understood principle of journalistic ethics is that members of the media should disclose the freebies they receive in covering stories — but they don't always do it. It's become an increasingly gray area for tech journalists.

(Pogue) received $2,000 in free personal-data-recovery services from DriveSavers in connection with pieces Pogue did for all three news organizations. Pogue wrote the stories after his own drive crashed, entombing his voice message and e-mail files… Pogue, for his part, told me that in accepting a $2,000 gift from DriveSavers, he believed he was following common industry practice... That would be astonishing if true. It’s not.

Following this and other controversies, I sent David an e-mail asking a single question:

Would you accept free product, without disclosure, in the future if your employer did not forbid it? Based on the SF Weekly column, this seems at least fair to ask.

The answer is no. I will accept nothing, period. Even the nickel-and-dime services like cellphone service (when reviewing a phone) or music-download services will be paid for by the Times.

However, your question implies that (a) there wasn’t disclosure in the DriveSavers case, and (b) I accepted the service for review only because it wasn’t forbidden.

Both implications are off. (I don’t blame you; this is certainly the effect the SF Weekly guy is trying to create.)

First, there WAS disclosure… The original column said: “Had I been a paying customer and not a reviewer, I would have been charged about $2,000.”

Second, the SF Weekly guy wants to depict me as a loose cannon, flying in the face of Times policy. In fact, the DriveSavers service was vetted and OK’ed by my editors at the Times, at the time.

Didn’t seem like that in the the SF Weekly column, I know. But that’s in part because the guy had the nerve to EDIT the quote provided to him by the NY Times PR lady! He actually reworked the statement until it said just the opposite of its original intent. Check it out.

The original statement the Times provided to him said:

David Pogue had apparently misunderstood the policy if he thought it allowed him to review a technical service without paying for it, and his editor (WHO HAD NOT GIVEN HIM CORRECT ADVICE AT THE TIME) told him so and made arrangements for The Times to pay.

Matt Smith cut out the part in caps, because it didn’t support his argument. Here’s what he published:

“David Pogue had apparently misunderstood the policy if he thought it allowed him to review a technical service without paying for it, and his editor told him so.”

Quite a difference! Makes it sound like the editor told me this INITIALLY, rather than much later after the transaction came under more scrutiny.

So–anyway, more than you wanted to hear. I’m not by any means saying it wasn’t a mistake. I still, however, believe that the implication that this was some sneaky, premeditated, greedy, stark black-and-white ethical violation is still open to considerable interpretation!

Thank God for blogs is all I have to say. If Matt did what David says here, it needs a public forum — because Matt knows David won’t be writing about it in the New York Times.

I just re-opened all my e-mails from Diane McNulty, because I hadn’t recalled Pogue statement you linked to as being correct. I recalled having cited McNulty verbatim without the quote editing Pogue described.

I just read the e-mails. Here’s what happened. McNulty sent me one e-mail, in response to my follow up inquiry, with the statement exactly, and completely as I cited it, surrounded by 300 or so words of other text. She then sent a follow up, which was exactly the same except for the all-caps phrase added. I used the first one without noting that McNulty had revised it in the subsequent e-mail.

So, although it’s normal for journalists to use only snippets of quotes, sometimes with elipses, sometimes as separate quotations, I didn’t actually do that on purpose in this case. I copied McNulty’s words just as she’d sent them. I just didn’t notice her subsequent revision.

At any rate, the initial column on Pogue and DriveSavers stated six times in one way or another that Pogue’s NYT editors blew it by approving this. I certainly wasn’t trying to hide that fact. It was a focus of the column.

Just read Matt Smith’s response. Thought you and your readers should know that his story line–“I somehow didn’t read the part in parentheses”– doesn’t hold up.

First, because the Times lady ALSO made the same point to him by email in a SEPARATE paragraph, which didn’t require reading in parentheses:

“I do want to make clear that David was initially not given correct advice by his editor, who only later told him we would pay.”

Second, because Matt Smith actually WROTE BACK to her, acknowledging the point!

Simply put, he used a quote that he knew fully well did not represent the Times’s position.

I don’t intend to beat this dead horse forever. But it should be clear now that truth is being stretched a bit for drama’s sake. 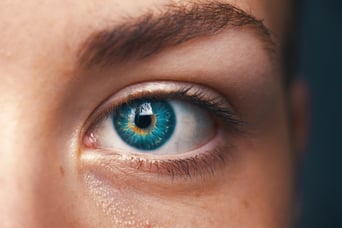