The Benefits of Engaging in Political Issues

Farha (Farha Syed, account executive): The upsides of taking a stance as a brand, especially in today’s political climate, would be to communicate their values and morals. Whenever I see a brand taking a stance for women’s rights, I am more inclined to buy their products and support them. In my eyes, I am not only supporting a brand but an overall cause.

Brittany (Brittany McLaughlin, account manager): I think a Forbes article Jacqueline shared with the team earlier this week nailed it. Brands should choose wisely and “stand up for values that are consistent with the brand’s messaging.”

Liz (Liz Cies, vice president): We can debate if this should be a reason or not, but financial/revenue impact does seem to be a driving factor in brands taking a stance on particular issues (as Farha just illustrated!).

Alexis (Alexis Natale, account coordinator): I agree with Farha ^ I think today’s consumers look to the morals and values of companies they support—probably now more than ever.

Farha: Especially since studies have shown that Millennials and Gen Z are more likely to work for (and buy products from) brands and companies that have an overall cause they agree with.

Michelle (Michelle Gillum, digital account coordinator): I think Farha’s point is actually true for both sides of the political spectrum, and for young and old—I see many people share brands that they like due to their values, both conservative and liberal.

Jarrett (Jarrett Rush, director of content marketing): Maybe it’s the cynical, grizzled ex-journalist in me coming out, but whenever I see a brand taking a stand I start wondering about motivations.

Liz: Same as Jarrett. Sometimes it makes me feel like the company is using me.

Factors to Consider Before Taking a Stand

Farha: It's a double-edged sword. The trickiest part is that if you take a stance, that needs to be it. You cannot go back and forth to please everyone.

Jacqueline: I agree. You have to know your demographics beforehand.

Farha: A company should take into account who their primary market is and their values.

Liz: I think the biggest thing a company should consider is if they would still go public with a particular stance/opinion if it had negative financial impact.

Alexis: I think taking a stance should have an organic feel. It shouldn’t catch the audience off guard and be completely surprising. The stance should seem natural or else it will come off as a marketing scheme.

Jarrett: It needs to feel like it is coming from a true place. It needs to be an extension of the messaging and brand that they’ve already established.

Farha: Exactly. I am wary of brands that take a particular stance that does not align with their messaging or actions in the past.

Liz: It needs to clearly reflect their core values.

The Role of B2B Tech Companies in Political Issues

Jacqueline: Where should B2B tech brands play in this? It's a different set of issues because their customers aren't individual consumers.

Jarrett: I think it’s more difficult for B2B tech companies to enter into these conversations.

Liz: The upside is that if you can help contribute to an industry-wide conversation, you can establish thought leadership. For example, it makes perfect sense for tech companies to be discussing issues around women in technology.

Michelle: I also feel that relevancy should be considered when it comes to making a stand as a brand—maybe industries where laws are being created/changed to affect their business.  So, making a stand on business politics rather than personal ones?

Brittany: But there are also B2B tech trends that ultimately affect consumers. Our client DreamHost, for instance, is a big proponent of net neutrality, which affects businesses and consumers.

Farha: B2B tech companies typically have niche audiences, which can be a good thing. I feel like if they know their messaging and audience well enough, they can take a stance with confidence that they know how their customers will respond.

Scott (Scott Baradell, president/founder): Let me start with a B2C example to answer your question, Jacqueline. Something pretty important started in 2006, when Arlington’s own Blake Mycoskie introduced Toms Shoes. Shoes are obviously a mature market, and it’s hard to break into it as a new brand. His “one for one” giving model led directly to his huge commercial success. And we are seeing the repercussions of that daily today in both new and existing brands.

It doesn't always work, of course.

I even have a B2B tech example in the software-defined storage space.

Scott: In 2016, Formation Data Systems introduced the "See a Demo, Get a Goat" campaign in partnership with Oxfam. In 2017, they went out of business.

No, this is not the Onion. True story. They gave away 100 goats.

Liz: I love that! (The giving a goat part... not the going out of business part.)  They’re actually taking action... not just pushing opinions.

Participating in the Conversation, But Staying Neutral

Jacqueline: Can brands walk the line of participating in the conversation without taking a political stance?

Brittany: Well, they could speak about controversial topics and try to do so in a more neutral way. They could explain the impact either outcome would have on the industry.

Liz: But if they’re doing it in a neutral way, are they really adding to the conversation, or just trying to jump in with the right buzzwords to get attention?

Jarrett: If you are going to enter into any of these conversations you need to come in with a stance of some kind.

Alexis: I agree. There is enough noise online as it is.

Liz: That’s why I go back to it needing to be something that rings true to their core values/ethics—to the point where they’d be willing to lose money based on their stance.

Brittany: Even so, you can try to keep the politics to a minimum. When DreamHost was working on statements around the net neutrality vote, they took care to avoid mentioning specific politicians or parties.

But net neutrality is a topic that is inherently more political.

Scott: That's true, Jarrett, and taking moral vs. political stands is a strategy that can work. But while morals and politics are not the same thing (in fact lately they seem to be in different universes), a brand that wants to take a moral stance always has to think about potential political implications.

For example, the "goat" giveaway was in partnership with Oxfam, which has often been decried as being a liberal group. It’s just harder and harder to stay out of the fray as a brand. It can be like threading a needle; you have to look at all the potential repercussions.

Michelle: I think brands have to be smart about which "viral" trends they are speaking up about. Are you just jumping in on a political bandwagon? And where do you draw the line between reacting as a business/brand and as the individuals who make up the business?

Jacqueline: That makes me think of Google’s recent reaction to their employees calling for the end of their contract with the DOD over AI use.

Scott: Employees reminded Google of their longtime value, "Don't Be Evil." That was a change that came from the ground up.

Brittany: Should brands be reacting to "viral" trends at all? If it’s not an issue that is going to matter long term, there may be too much risk to get tied up in the conversation at all.

Liz: And even if a topic is popular right now, things could change in the future.

Jacqueline: It seems to go back to you have to know your audience and, for some companies, what that audience will think not just right now, but years from now.

Jarrett: Especially now that everything is forever. We are seeing plenty of people be brought down because of opinions expressed online five years ago or more.

Final Words of Wisdom for Brands

Jacqueline: So ultimately how would you counsel a client that is weighing this issue?

Brittany: Be authentic and know your audience.

Jarrett: I think there’s actually a lesson in the goat story. What’s your motivation? Are you doing this because it’s something you believe in? Are you speaking up now because you can’t not speak up? Or are you looking for attention?

Scott: In other words, maybe that tech company should have been more focused on its business.

Farha: Be genuine and true to the stance you take. Know your audience and do not stray away from your messaging and beliefs.

Liz: I would counsel clients to really examine their motivation for taking a stance. Would they still be willing to say/do it if there was a negative financial impact? Is it consistent with their core values and ethics? Have they fully thought through all potential backlashes? It’s our job to help clients understand the full potential impact of their communication so they can make educated decisions.

Jarrett: I almost think brands should default to not engaging and only become part of the conversation when it feels like they can’t avoid it. And as someone who wants the brands we work with to have and voice opinions, it feels a little odd to say that.

Liz: If a company wants to really make an impact, I do think they need to put their money where their mouth is. Don’t just articulate a stance because it’s popular and you want attention but make a real sacrifice. Donate revenue to an organization. 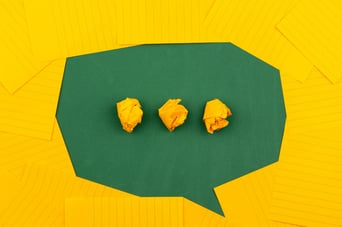 Slack Chat: How Will B2B Communications Change Because of COVID-19? 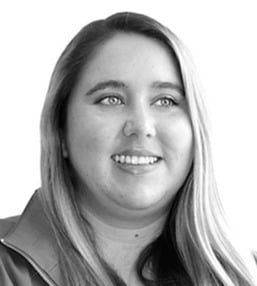 3 Ways to Leverage Your Media Coverage in the Sales Process