Slack Chat: Does the Dallas Tech Community Have a PR Problem?

Donna (Donna Brannin, senior account executive): Hi everyone! Let’s discuss the Dallas-Fort Worth Regional Innovation Study, which was released recently by the Dallas Chamber of Commerce, Accenture, SMU and United Way of Metropolitan Dallas. Melissa Repko analyzed the results in the Dallas Morning News, and Brian Womack covered the study in the Dallas Business Journal.

Do you agree with the study’s conclusion that Dallas has an image problem? Have you seen this gap firsthand when it comes to the tech scene?

Dallas Is Associated with Money—But Not Specific to Tech

Liz (Liz Cies, vice president): Yes, I do, Donna. Here's a big indicator for me: when I talk to technology reporters on the phone, they always seem a bit surprised to hear that I'm located in Dallas.

Donna: Yes, I hear that too!

Farha (Farha Syed, account executive): When I lived in L.A., they had an antiquated view of Dallas as well.

Liz: On the flip side, when I lived in Philadelphia, I heard Dallas mentioned as being a source of tech talent by recruiters. I guess they know the truth about us.

Brittany (Brittany McLaughlin, account manager): I wonder if it has anything to do with the TV show “Dallas”?

Farha: It might. That's what shaped my some of my family members’ views on Dallas.

Scott (Scott Baradell, president): All hat, no tech? Since Idea Grove is one of the top PR firms in Dallas and focuses on B2B and tech, that perception is certainly something for us to be concerned about. 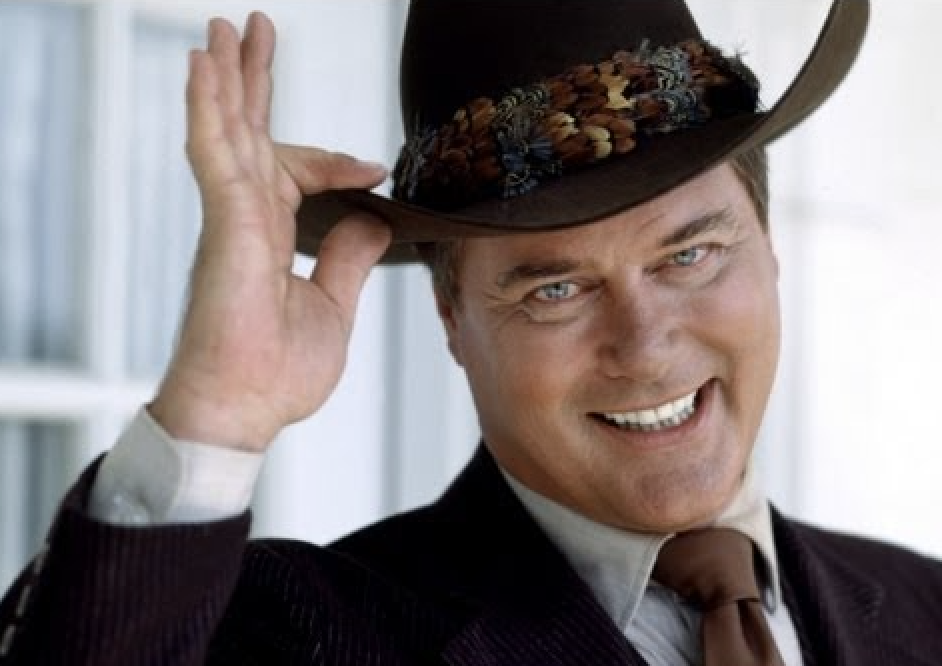 Les (Les Worley, sr. content manager): True about “Dallas,” but that was waaaay back. Does it still influence the city’s image?

Jacqueline (Jacqueline Wasem, account manager): It did when I lived in China.

Jarrett (Jarrett Rush, content marketing director): Dallas being home to a lot of legacy technologies doesn't help make us look like an innovator. Texas Instruments. A large HP presence. These are older companies that are less flashy but are still pillars of our tech presence.

Donna: When I think of Dallas, I think of money. DFW is the fourth-largest metro in the country and has a very prosperous economy.

Alexis (Alexis Natale, assistant account executive): I think Dallas is associated with "old money" where other areas, like Silicon Valley, for example, are viewed as innovation hubs.

Liz: Although there's plenty of money in our economy, a challenge we face is that the regional economy is more diverse and less dependent on tech.

Michelle (Michelle Gillum, digital account manager): I also think when people think about tech in Texas everyone gravitates toward Austin because of the startup scene there.

Farha: I agree. Dallas isn't perceived as an innovative city when it comes to technology. If anything, that's Austin.

Potholes and Perceptions Stand in the Way of Opportunity

Donna: What are the opportunities for us in terms of our tech image, and what's standing in the way?

Jacqueline: The biggest encouraging factor to me is Amazon's interest. They wouldn't be considering us if they didn't think the talent pool existed.

Alexis: The Amazon HQ fight is a huge push for making a tech presence, in my opinion.

Les: Unfortunately, one reason big companies like Amazon will likely not choose Dallas is because we have not worked to create an urban infrastructure. Dallas has abysmal public transportation and crumbling roads.

Jacqueline: I agree. That was one of the reasons I moved to D.C. and one of my biggest hang-ups in moving back.

Farha: Les, I agree with that! I always complain about our infrastructure, especially since we have the money to fix it.

Les: If Dallas wants to attract more big, forward-thinking tech companies, it needs a way for people to get from A to B without a 1.5 hour commute to go 12 miles.

Liz: It's good to see companies like AT&T trying to improve the downtown area.

Scott: Yes, the Dallas Discovery District will be great for the city. 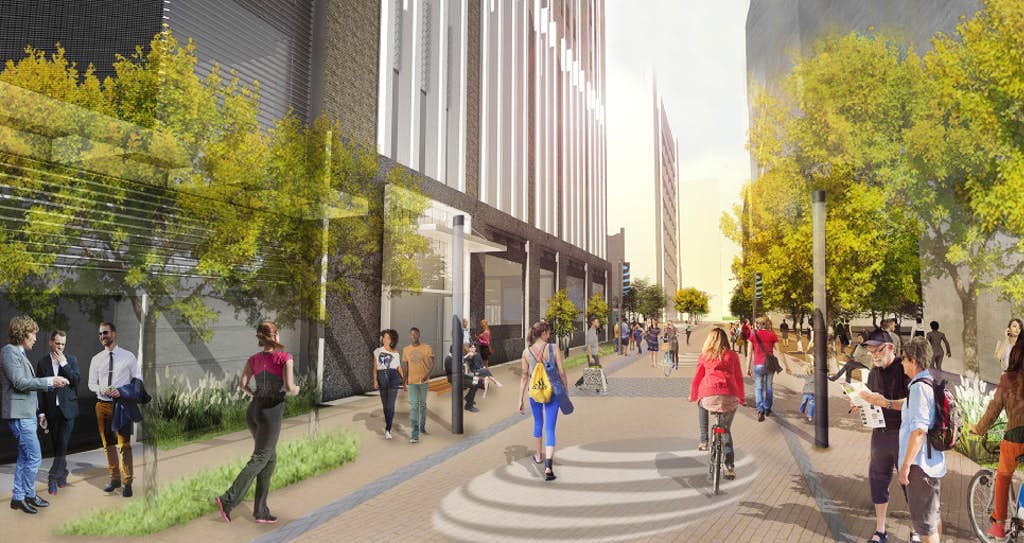 Donna: And even if Amazon doesn't pick us, it's still pointing to the fact that Dallas has a lot of positive attributes.

Liz: It's also great to see things like the international Cyber Security Event Series picking Dallas for their next location (shout out to our client Cyber Security Dallas!).

A Stronger Foundation Is Coming into Place

Jarrett: The question I would ask is beyond it being cool, what's the value of being seen as an innovative city? What do we get out of it? If it's a bunch of startups that last a year or two then fail, why do you want that? Is it just an ego thing?

Donna: Even if those startups fail, all of those entrepreneurs and tech talent will be living here. Maybe they stay and keep trying at new opportunities.

Jacqueline: My thoughts are that it builds a sustainable economy. Jarrett, it goes to your point that our tech companies are aging. We have to keep innovating to be relevant.

Brittany: Are we thinking too narrowly when it comes to "technology innovation"? Lots of Dallas companies have large technology teams and focus on innovation, but aren't necessarily thought of as part of the tech scene.

Jacqueline: AT&T does a lot of that, Brittany. They have an innovation hub in Plano.

Brittany: Right, Jacqueline. I'm also thinking of companies like Southwest Airlines. They are clearly an innovator in their industry.

Donna: Scott, what do you feel is DFW’s best-kept secret in its technology innovation ecosystem?

Scott: Dallas has actually been an underrated tech hub for many years, particularly when you add in telecom. But a lot of those are legacy technology companies, as Jarrett said. Some you only hear about when the CEO gets booted after two months for an undisclosed "conduct issue." (cough, cough)

Les: I don’t know if most people realize it, but one of the huge internet backbones goes through the Infomart.

Scott: The Dallas tech scene took a huge hit when the Telecom Corridor was wiped out 20 years ago. But I think that for the past decade we've seen a period of rebirth and renaissance, particularly for B2B tech. Look at folks like Trey Bowles of the Dallas Entrepreneur Center and Alyce Alston who recently stepped in to succeed him. I think Trey is going to be mayor someday. Seriously.

Liz: I'd love to see a stronger technology community form in Dallas. That's something I really appreciated about Philadelphia—Technical.ly Philly, which is a great example of regional tech journalism.

Donna: I think teaching more about the tech scene in college-level courses would be helpful. The study recommended Dallas focus on key areas, such as Internet of Things, blockchain, artificial intelligence and extended reality, including data visualization. I think it would be good to have marketing or communications classes around the growing tech scene.

Farha: The University of Texas at Dallas is the hidden gem of Dallas. We need to promote more of their research. Most of my software engineer friends went to school at UTD, and they have extensive research programs in business, science and tech.

How Can Dallas Change Its Image?

Donna: We've all had great ideas so far on what Dallas lacks in and is successful in. But since we’re all marketing and PR pros, let’s discuss: how would you go about changing Dallas’ image?

Alexis: I think Dallas just assumes everyone knows about Dallas. Is it an ego problem?

Jarrett: While Dallas isn't home to a lot of sexy consumer tech companies, it does have a lot of innovative B2B tech companies that it should be touting more aggressively.

Liz: Yes, there are many great local tech success stories. I love following Brian Womack and Melissa Repko's coverage for that reason. We need to share more of these stories nationally.

Alexis: What are the 18 billionaires in Dallas doing with their spare change?

Scott: If I were going to brand the Dallas tech scene, I would brand it around “Turning Ideas into Action.”

The reason is: Dallas tech startups are mostly B2B and provide tools to help companies grow. And Dallas has a ton of businesses that can serve as referenceable customers—from SMBs up to Fortune 100—to establish the viability of these startups' ideas and to help them start generating revenues.

We have that ability to turn a startup's ideas into action to a greater degree than either Silicon Valley or Austin, IMO.

Farha: That's an interesting point, Jarrett. What would you say are the main differences with those mentalities and how do we promote Dallas tech companies, who are more B2B, to be "sexier" like consumer tech start-ups?

Jarrett: I don't know that you have to promote them as sexier, Farha. I think you promote the city as a place where you can come and build a business faster if your goal is to grow.

Liz: What B2B lacks in flash, it makes up for in brains. I'll take B2B tech any day.

Jacqueline: The bottom line is, Dallas needs to take action off of this report—education, investor buy-in, and investment in infrastructure will all be crucial.

Scott: In general, Dallas takes the tax-break-focused approach to growing and attracting companies rather than making proactive, strategic investments in the future.  And that simply has limitations.

Jarrett: The city should also recognize and promote what's already here. We encourage clients to focus on their areas of strength. We have many strengths as it relates to technology, and we need to promote them.

Slack Chat: The Decline of Social Media for News Consumption 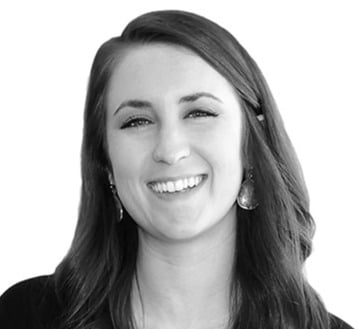