Scott Baradell’s recent presentation to the Social Media Club of Dallas had it all: relevant business advice, a little controversy, a story about a Katie Couric pool party, and enough “Breaking Bad” references to blow up a meth lab. The topic “Putting PR in Front of Your Inbound Marketing Engine” not only defended PR, but also predicted a transformation in search marketing.

Baradell’s presentation referenced television’s “Breaking Bad,” whose main character, teacher-turned-methamphetamine-cooker Walter White, once told his worried wife, “I am the Danger.” Scott said, “For those who think that the PR industry is in trouble, or only knows how to pitch print journalists or only does interruption marketing, I would tell you that ‘PR is the Danger.’ ”

‘It’s Not About the Coffee’

“Putting morality aside, what Walter White did in ‘Breaking Bad’ was to take a core skill in which he was better than the vast majority of people and apply it in a new way,” Baradell said. He explained that PR's core skill, contrary to popular belief, is not schmoozing -- it's generating story ideas and getting those ideas published. "When you take a reporter out for coffee, it’s never about the coffee. It’s about what you say during the coffee. It's about having a good story to tell."

“Story ideas are what drive the inbound marketing engine. You can’t be good at inbound marketing just with process, technique and technology. Ultimately, you’re trying to appeal to an audience that doesn’t want to be pitched a product or read spam. Successful marketing is about having great story ideas to build your entire inbound program around. And that’s where PR has the opportunity to truly shine.”

‘The Writing Is on the Wall’ for SEO Firms

Baradell got a rise out of at least one search marketer in the audience with his views on link building.

“We think that links that are created primarily to be read by machines, rather than people, will continue to fade in importance. Google is systematically trying to eradicate the SEO industry. That’s why so many former SEO firms are calling themselves inbound marketing or CRO firms. There’s no question that Google has them on the run.”

Baradell emphasized that what Google wants is for good content, rather than good SEO, to rise to the top of search results. “So if you have 100 keywords that are all for the same term and point to your home page, you’re going to be flagged,” he said.

“We’ll see what Google’s next step is, but over the last couple of years all the algorithm updates have been going in the same direction. The writing is on the wall. Google is looking for you if you’re gaming them.” 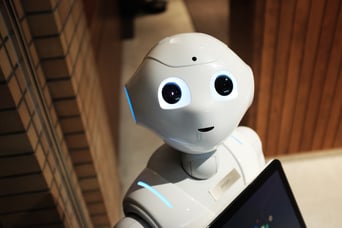 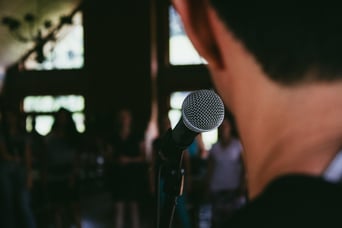