When It Comes to Local Journalism, America Won't Know What It's Got Till It's Gone

Journalists take a lot of crap these days. Sometimes, they even deserve it.

As a former journalist in local markets in Texas and Virginia, I can tell you from experience that most journalists tend to be annoying. They are pesky, impatient and cynical.

They can also be very rude to PR people. And since I've worked both sides of the journalist/PR divide, I'll offer a confession:

When I was a reporter, I was often rude to PR people, too.

I tended to treat the so-called "flacks" either as annoying telemarketers (when they pitched me a story) or slavish assistants (when I deigned to write about their companies.)

The Day I Was Mean to the Church PR Guy

One incident in particular from those days still elicits pangs of guilt.

A PR person representing a large Dallas church invited me to interview one of his denomination's national leaders. He called me several times, and was nice enough, and so I finally relented and agreed to do the interview.

But then something came up that day and I forgot all about the appointment. At the end of the day, when I checked my voicemail, I had an angry message from the PR guy.

I didn't call him back—but he kept calling until he finally was able to reach me. He told me how unprofessional I'd been, and how embarrassed he'd been sitting there, with this national religious figure staring at him, waiting for me to show up.

What I feel most guilty about today is my reaction to his call. I was perfunctorily apologetic on the phone with him, but when I got off my first thought was, "Well, I'm never dealing with that guy again. What a jerk!"

Karma Is a You-Know-What

Of course, I was the one being the jerk. But I was so accustomed to PR people who quietly endured my arrogance that I mistook his aggrievement for hubris.

I believe in karma now, because the same thing happened to me a year after I started in PR. I had just taken a mid-level corporate job and had arranged several interviews with the CEO at a trade show.

The CEO and I sat in a 10-by-10 room with empty white walls and a small white table, waiting for the first reporter to show. He never did.

As I fumbled with my cell phone and developed flop-sweat, the CEO stared at me.

I believe the reporter acknowledged a "scheduling conflict" in an email to me a week or so later.

OK, I deserved that one.

So yes, I get it. Journalists aren't perfect.

Believe me, PR people know that at least as well as media consumers.

But I know some other things about journalists. Things that too many people don't know.

I know that the best journalists are shamelessly idealistic.

I know that I have heard more impassioned ethical debates in newsrooms than I've ever heard in a corporate boardroom.

I'll give you an idea of what I'm talking about. When I first started as a journalist in Dallas, I was hired at the same time as a reporter named Alison Young. I eventually left journalism for marketing, but Alison stayed true to her calling.

She's been on a mission to expose hypocrisy and right wrongs for the past 30 years. She's broken investigative stories that have changed lives for the better—mostly for local publications, like the Dallas Times Herald, the Arizona Republic, the Detroit Free Press, and the Atlanta Journal-Constitution.

As one of many examples, Alison broke the shocking story of the unnecessarily high mortality rate among mothers giving birth in the United States —the worst in the developed world. She then worked to identify possible solutions for addressing this underreported problem.

We Get the Journalism We Deserve

Now, I know many of you are critical of journalists.

You believe they are biased.

You believe they are mouthpieces for one political party or the other.

You believe they have agendas.

Maybe you believe they are trying to tear down the country, or trying to protect the wealthy and powerful.

Maybe you believe they are the "enemy of the people."

My answer to you is that there are individual journalists who are all these things. And I would add that most of the people that you think of today, when you think of journalists, are not actually journalists.

From Sean Hannity to Rachel Maddow, these are commentators and personalities with agendas to promote. They are not reporters.

Unfortunately, our media outlets have largely separated into partisan camps, in the same way that newspapers were either Republican or Democratic in the 19th Century.

To give you an idea of how it worked back in the day: when Grover Cleveland won the presidency as a Democrat in 1884, the Republican Los Angeles Times simply chose not to report this news at all.

So the current divides are not unprecedented, despite our tendency to think as much. But what is true—perhaps more than ever—is that it is up to us to determine what kind of journalism gets funded and supported. And which we reject and ignore.

Local Journalism Is In Trouble—But We Can Help

Something else you might not realize is how dire the situation is for the news media in our country—particularly for local news.

Over the past two decades, the United States has lost more than 2,000 newspapers.  More than 200 of the nation's 3,100+ counties have no newspaper and no alternative source of news—creating an "expanding news desert" for local news.

Perhaps even more alarming is that the public is largely unaware of this crisis. In late 2018, 71 percent of Americans told the Pew Research Center that their local news media was doing very or somewhat well financially, even though only 14 percent said they had paid for local news in the past year.

One reason for this disconnect—the belief held by many Americans that journalism must be doing well because people are consuming as much news as ever on their iPhones and other devices—is that the public doesn't realize who is actually making money from news consumption.

Google and Facebook make far more in advertising revenues from the news you consume than the news outlets themselves, simply because they control the distribution channels.

Much of today's news media are effectively digital sharecroppers—trying to make a subsistence living on the lands of the social media giants.

It's a losing battle. And it will only change if the public comes to the media's aid, through legislation like the bipartisan Journalism Competition and Preservation Act, which allows news producers to collectively negotiate with Google and Facebook.

Said a co-sponsor of the bill, Republican Senator John Kennedy of Louisiana:

If we don't like the state of journalism today, the enemy of the people isn't them. It's us.

We have the power, and the opportunity, to make things better. 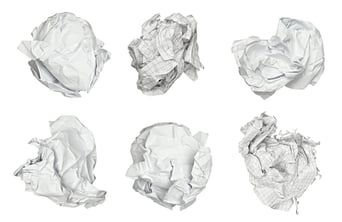 How to Choose a Reputation Management Firm