The Value of Being Social on Social Media: A Chicken Sandwich Story

In case you missed it, Popeyes Louisiana Kitchen recently launched their chicken sandwich, which has driven the entire Internet straight to their restaurants. What started as a playful feud between fast-food chains has resulted in millions in revenue from a social media campaign that hasn’t cost Popeyes a penny.

Popeyes’ new cajun sandwich, which consists of a fried chicken patty and pickles between mayo smothered brioche buns, sounds a lot like the beloved Chick-fil-A Sandwich. So, when Popeyes sarcastically snapped back to Chick-fil-A’s comment about the new sandwich on Twitter, it wasn’t long before they were in ‘The Great Chicken Sandwich Twitter War of 2019’. The tweets between the quick service restaurants got the attention of thousands online and left everyone with no choice but to decide for themselves: Who has the superior chicken sandwich?

The social media frenzy has generated real earnings for Popeyes during a month where the chain historically experiences a drop in visitors. Apex Marketing Group has estimated that since the launch of the sandwich, Popeyes has earned the equivalent to $23.25 million in ad value from all platforms. In addition, International Business Times reports that the fast-food chain has produced over $20 million in revenue.

Popeyes’ remarkable success wasn’t what anyone, including the chain itself, expected. The now-famous sandwich sold-out nationwide, and the online debate surrounding chicken sandwiches continues. It has also been a success for Chick-fil-A but on a lesser scale, as their Twitter following only increased roughly 4%, while Popeyes increased by 60%. Chick-fil-A continues to have a larger following, but Popeyes’ sudden momentum slightly undercuts their leading position.

This viral success story comes down to the simple idea of online presence. Popeyes brilliantly took to their social media platform to show off their new sandwich, but more importantly to emphasize their brand’s personality. The overwhelming response to the new addition to the menu didn’t start with the original post, but rather with Popeyes’ engagement in an online sandwich “war” with its competitors.

Popeyes’ loyal following and its positioning on Twitter helped push them into an online phemonomen. The fast-food chain promoted the shared love of a chicken sandwich and used Twitter to humorously engage with their audience. This interaction positioned Popeyes as a current and relatable brand that consumers can easily connect with.

The retweets, likes and word-of-mouth sharing resulted in  long lines at Popeyes locations across the nation and a meme people are still talking about. This campaign shows that people trust their peer’s opinions more than what a marketing campaign or company tells you. Trust and likability reign king.

What Does This Mean

The true value of social media comes down to how a brand chooses to display themselves online. This example is one of many (remember when Wendy’s used Twitter to bring back spicy chicken nuggets?) and speaks to the power of being genuine online.

Consumers want to be involved. Social media is the perfect platform to not only relay who your brand is, but to proactively use the involvement of your audience, no matter what industry you’re in. A brand’s personality is best shown through organic interactions, and social media is an essential part of this. Not only will it help your brand be cast in a positive light (if done the right way), but it also keeps you top-of-mind.

In the end, social media is a presence and opportunity your brand can't afford to pass up. 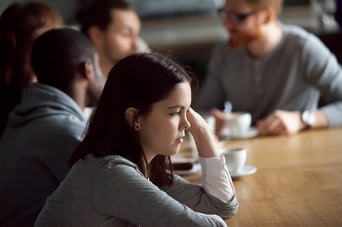 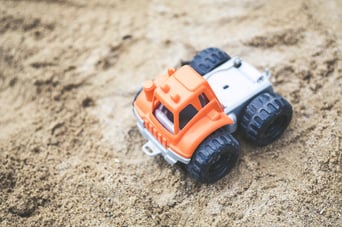 B2B Social Media: Are You Playing In Social's Sandbox