We make progress on classism, racism, sexism, homophobia-ism, and ableism, and yet seem to be getting nowhere when it comes to ageism. It's ironic, because I believe this is the only -ism that is expressly called out in the Good Book.

So now we have David Bray of dBray Media penning an article for MediaPost, titled "2013: Beginning of the End for PR Boomers," in which he writes the following:

If 2012 was the year of the social media surge, 2013 will be the beginning of the end for our baby boomer PR compadres. The media landscape is evolving rapidly, and baby boomers are about to be left behind because of their inability to keep up with technology and the changing times.

Really? I liked the response in comments by communications consultant Howard Gross:

It would be interesting to see if Marketing Daily would publish a piece like this if it were directed at women, African Americans or Asians. Bigotry is bigotry, no matter whom it s aimed at.

This isn't the first time ageism has casually reared its ugly head in social media discussions. Try this hot take by Cathryn Sloane, in her article in Nextgen Journal, "Why Every Social Media Manager Should Be Under 25":

The key is that we learned to use social media socially before professionally, rather than vice versa or simultaneously. After all, it is called social media; the seemingly obvious importance of incorporating comforting social aspects into professional usage seems to go over several companies’ heads. To many people in the generations above us, Facebook and Twitter are just the latest ways of getting messages out there to the public, that also happen to be the best. The specificity of the ways in which the method should be used is usually beyond them, however.

And maybe the "specificity of the ways" to employ social media in a sophisticated marketing campaign is beyond someone with less than three years of professional experience?

Oh well. If we even bother to read them (I usually don't), we all come across loads of nonsense articles about social media daily. It's just frustrating to see people exercising this kind of prejudice without even realizing it.

Do You Really Need a Social Media Agency? 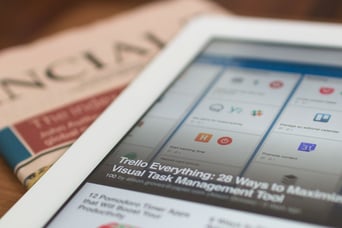 Why Social Media Engagement Is the New Currency in Media Relations