(Note: This is the third in a four-part series on competing successfully with larger competitors by "punching up.")

When it comes to athletic apparel, only two companies usually come to mind. There’s Nike, and there’s Adidas. Everyone else is a distant third place—so far back, you wonder if they’re in the race at all. At least, that’s how it used to be. Under Armour has found a niche, which they’ve focused on tenaciously, and it’s worked well for them as they’ve gained ground in other areas.

Founder Kevin Plank has been the driving force behind Under Armour’s success. His approach to business is as straightforward as it comes: Find the problem and sell the solution. This wisdom led him to starting Under Armour when he was 24 years old, and two decades later, being no. 15 on Fortune’s Top People in Business list. Under Armour may not win the race, but they are giving the competition a run for its money.

From a Basement to the XFL

Plank got his idea for Under Armour as a college senior, while playing football at the University of Maryland. He hated the smelly, sweat-soaked cotton t-shirts he wore underneath his football padding. The shirts were uncomfortable, and they added unnecessary weight to the athlete. (A dry t-shirt weighs approximately 6 ounces, while a wet shirt weights about 2.5 to 3 pounds.) At the time, most football players would grab any old t-shirt to wear. There was no existing market for premium quality undershirts.

Plank wondered about using synthetic material to create a cool, dry, and comfortable shirt. After several prototypes, he found a material he liked. Plank hired a tailor to create a few samples, and he gave those first shirts to his teammates. The shirts were popular and other students on campus wanted them, too. After graduation, he began his business out of his grandmother’s basement in Washington D.C., traveling up and down the East Coast selling his “heat gear” shirt.

In 1999, Under Armour got its breakthrough moment, when the company was able to get its gear in front of a costume designer for the Oliver Stone movie Any Given Sunday. The movie was a hit, and it prominently featured the brand being worn by popular actors, pop stars, and athletes. The next year, Under Armour became the outfitter of the XFL during the upstart football league’s inaugural year. These early wins gave Under Armour the chance to face off against the giants of the industry.

You Will Know Our Name

When Plank was starting out, every year he would send a Christmas card to the head of Nike, Phil Knight. The card had this message: “You will know our name.”

It’s an amusing anecdote, seemingly apocryphal, that was confirmed by Plank during an interview with the "Today Show." The Christmas cards showed Planks' competitiveness. He had a great deal of respect for the leader in his industry—and an even greater desire to earn Nike’s respect. And yet, when the company gained the attention of Nike, it posed new challenges.

If Under Armour had only wanted to be the best under clothes for athletes, such complacency might have been the death of them. Eventually, Nike, Adidas and others moved into that space, seeing its profitability, and created their own version of the products. Under Armour decided its only option was to expand its merchandise selection, but they would have to do it carefully.

In 2006, Under Armour branched into footwear. The decision was not made lightly. Footwear can be an expensive product to get into, requiring significant investment in design, research, and materials. Under Armour decided to avoid the sneaker/running shoe segment. They feared that Nike, Adidas, and New Balance would destroy them, and they needed more time to prepare for such a launch.

Instead, they opted to produce football cleats. This market was wide open, and they already had good brand recognition in the game. In their first year, Under Armour took the No. 2 spot in market share, and they did it profitably. They were able to expand the business by doing what they had done with their undershirts — find opportunities in a previously quiet market area.

In 2010, Under Armour rocked the sports industry by signing away quarterback Tom Brady away from Nike for an endorsement contract. Undoubtedly, if they didn’t before, Nike knew Under Armour now.

From an article in Sports Illustrated from November 2010, Tom Brady explained why he joined Under Armour:

Under Armour's everything I was looking for. It's cool. It's fun. It's what so many of the kids are wearing, and I like to try to stay cutting-edge. I like the company. I think we've got a lot in common. We both want to stay hungry, stay humble.

It didn’t hurt that Brady was offered a financial stake in the company as a shareholder. Brady was part of a trend among athletes who understand their personal brand to be more than a paycheck. Many seek investment and ownership opportunities.

Today, Nike remains the king of sports apparel with annual revenues of $37 billion, and Adidas follows with $28 billion. But Plank—who left his role as CEO of the company in 2019 to become executive chairman—has built a $5 billion company by boldly punching up against seemingly insurmountable competitors.

Four Lessons on Punching Up

In some industries, survival is its own success. Over the past 20 years, Under Armour hasn’t only survived; it’s been profitable while developing new solutions and adding to its product line. Here are a few lessons from Under Armour’s rise to relevance in athletic wear.

Lesson 1: “Scrappy” is a virtue

Much has been written about Under Armour’s youthful CEO who started his business right out of college and remains a vocal thought leader within the industry. As someone who played college football, Plank understands that a competitive spirit is vital in business and in life.

Is your company scrappy? Creating good products and running your business effectively is important. But it’s also important to identify the champions within your industry. Develop a healthy respect for what they’ve achieved and set your sights on competing against them. Not only is this a good way to rally your team around a common goal, but it also challenges you to learn from other successful companies instead of operating in isolation.

Lesson 2: Get the advertising right

When Under Armour was still a small company, they took a huge risk by spending every last penny in their budget on a half-page ESPN magazine ad. Plank went without pay, and his employees agreed to work with a temporary pay cut to offset this expense. The ad ultimately paid off for them.

During a speech to business students at the University of Virginia, this is what Plank had to say about Under Armour’s first TV ad:

Our goal with our first campaign was to create a movement. Movements that are bigger than the 30 seconds we can afford on television. You got to remember when you’re competing against others, you have to make one dollar spend like three. How do you make yourself much bigger than just those 30 seconds you have on TV? The campaign we came out with was called ‘protect this house.’ And the goal was to create this rallying cry that, beyond this commercial, kids would gather before they ran on the field, boys and girls, and scream: We must protect this house.

The phrase “protect this house” went viral, and further positioned Under Armour as the brand for a new generation of athletes.

Does your advertising strategy create a rallying cry? You may not think that your particular industry is ideal for leading a movement. Few industries have the same emotional appeal as sports. But even if you work in HVAC, you can appeal to your customers to “never sweat in your living room again” with the sort of tongue-in-cheek earnestness that can bring your brand to the forefront of the consideration process.

Lesson 3: Find where you can capitalize

Under Armour has an impressive multi-lingual staff in their Baltimore headquarters. At the home office, they speak more than 40 different languages. Under Armour’s hiring efforts indicate that international business is a priority. And a diverse multilingual background is not just about communication. In knowing these languages, they also understand the cultures and needs of those regions.

While other companies have been slow to launch into other countries, Under Armour capitalized on the worldwide popularity of athletic wear that was once exclusive to American markets — and also on the global popularity of athlete endorsements from Steph Curry, Michael Phelps, and Jordan Spieth.

In recent years, Under Armour has been aggressively researching and buying diet and activity apps. Plank placed a priority on being a truly data-driven company and appealing to the desire of customers to access data on their athletic performance. According to the report “Wearable Computing Devices Market - Growth, Trends, Forecasts (2020-2025),” the global wearable market accounted for 181.5 million units in 2019, and it is expected to reach 520.1 million units by 2025.

Your customers are driven by data. Is your company? This data revolution requires an investment not just to find the necessary reports that support your perspective, but also being willing to pivot if the data requires you to change your approach. And if those reports aren’t available, putting the systems in place to collect that data on your own.

In 1996, Kevin Plank was not content with cotton shirts. He sought a “smarter” fabric for his customers. Now, in its ongoing competition against the giants of athletic wear, Under Armour explores smart solutions for everything an athlete may need.

Next up: Home Depot

Punching Up with Home Depot: Getting More Done by Focusing on the Essentials

Can You Defeat Your Industry Heavyweights? 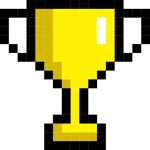