An Interview with Brian Solis on the Future of Business

Brian Solis and I go back a long way, and I feel like I know him even though we've never met. That's one of the magical changes that social media has brought to our lives.

Capturing and sharing the magic, wonder and possibilities of social media for business audiences has been Solis' stock in trade through six books over the past six years. It's made him one of the leading lights of social media -- a celebrated author and keynote speaker whose engaging, accessible brand of futurism has businesses from tech startups to the Fortune 50 listening carefully and putting his ideas into practice.

In 2007, Solis and Geoff Livingston wrote an early social media primer called Now Is Gone, and included an interview with me in that book. I had gotten to know Solis -- most recently seen getting a piggyback ride from Shaq at SXSW -- during the early days of business blogging, when the community was much smaller and, quite frankly, more sincere in purpose. Bloggers in 2005 were there "for the right reasons" (as they say on The Bachelor), meaning they were genuinely interested in dialogue and discussing issues of import to the future of media, marketing and public relations.

Solis, for all his celebrity, has retained his sense of inquisitiveness and passion for change from those early days -- as is evident in his latest book, What's the Future of Business: Changing the Way Businesses Create Experiences, or "WTF," as he cleverly calls it, for short.  In this case, WTF is an answer, not a question. Solis has been working on it for the past year, and as he describes it:

It's a big departure for me. My mission this time around was to give answers and direction to those trying to bring about change ... those who are frustrated or curious about ways to make the case. It doesn't look or read like a normal book. WTF is incredibly visual, full of color, and designed to be an analog app. Its message and story is simplified to help you confidently say to others, "see, this is what I was talking about!"

Check out the first two chapters of the book on Scribd to see the visual elements Solis is describing, which include an infographic look and feel along with idiosyncratic cartoons by GapingVoid's Hugh MacLeod. What you can't really tell from the PDF, though, is that Solis has truly gone retro -- giving us a coffee-table book on heavy, glossy stock. It's a fun way to set the book apart from the hundreds of other social media books on the shelves.

Roger Dooley, who writes about neuromarketing for Forbes, had this to say about Solis' choice in book format:

Whether intentional or not, using the format this weighty little tome does invokes some great psychology in and of itself. First, because of its colorful graphic format and high production values, it’s a book that people will likely prefer to consume in paper format. That’s a good thing for Solis [because] when we consume content on paper, our brains process content differently when it’s read on paper or viewed on a screen. And, it has a stronger emotional impact in paper format.

The second psychological trigger WTF has in its favor is its weight – because of the heavy, glossy stock, it feels heavier than one would expect for its size – Amazon lists its shipping weight at 1.5 pounds. In Does Paper Outweigh Digital, I described fascinating research showing that weight adds credibility: a subtle change in the weight of a clipboard made subjects view a job applicant as “more serious.” So, one expects that the mass of this book will add a little to its gravitas.

I guess at this point I should add that the book does include words, too, and as usual, Solis has a great knack for capturing and articulating the challenges that businesses face today (whether they know it or not.) The gist of it is that companies have been given a huge opportunity by digital media and social networks to re-think customer experience -- after all, they are getting feedback in every imaginable format almost every day. Unfortunately, instead of proactively re-imagining how to engage with customers, most brands settle for a reactive strategy of responding to complaints.

Brands that don't get their act together in the face of change may find themselves victims of what Solis calls Digital Darwinism -- because the patience of consumers is running out. As Solis puts it:

They not only expect better experiences, they believe they are entitled to them. This is an opportunity for your business to create positive experiences. For it is the experience that will become the measure of satisfaction and success.

Sound interesting? You can order WTF at Amazon here. 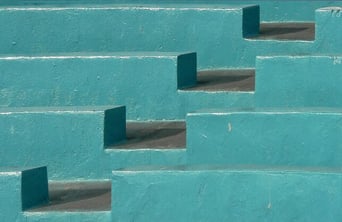 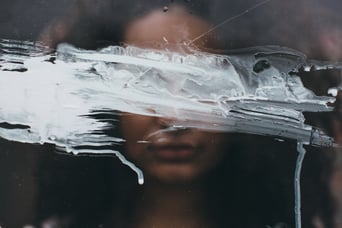