There's a question that newspaper editorial writers often ask each other during the ideation process: "What's the second sentence?"

Well, of course you are. But what's the second sentence? People expect more than the obvious from those editorial writers. They expect a real perspective.

The same question needs to be asked before your company embarks on a thought leadership strategy. Your brand's audience expects more than the obvious, too. They expect more than a sales piece. They expect a point of view.

Much of what we do at Idea Grove is centered on thought leadership. We build email campaigns around it. We use it to drive traffic to websites. We help clients generate market awareness and brand trust.

So, how do you elevate your company's thought leadership from brain-dead to brainy?

Give It the Time It Deserves

While companies often like the idea of thought leadership marketing, many simply aren't willing to follow through with the time and effort necessary to be successful. Company thought leaders are typically company leaders — CEOs, CMOs, CIOs. Their time is valuable and usually already accounted for. For this reason, in-house marketers often look to find ways to produce thought leadership content without taking up their top executives' time.

On more than a few occasions, we have gotten the following ask from a client:

"Can't you take these pieces of collateral, those blog posts and this internal document and create something — and then put our CEO's byline on it?"

Because that's aggregation and regurgitation — not thought leadership. We may be able to come up with a very compelling first sentence, but we still won't have a second. We won't have the perspective that we need. That only comes from time with a thought leader.

Give It the Thought It Deserves

We had an editor at Idea Grove who liked to complain about content he called "Google specials." This was something that could be written in a couple of hours with a handful of Google queries. It's content that's good for little more than search engine fodder, and it's not what we are talking about when we say thought leadership.

Thought leadership needs to have insight behind it. It needs something that the reader won't find anywhere else. It needs unique perspective.

This can sometimes seem scary to our clients. Expressing those original thoughts means being responsible for those original thoughts. Putting them in writing makes them official, and you then have to stand behind them. But it's that perspective — and in some cases, that courage — that will differentiate you from your competitors.

That's the kind of thought leadership that can feed a content marketing engine while driving awareness of your company, trust in your brand and, ultimately, industry leadership and business growth.

Break Away from the Chorus

(This article originally appeared at Newsweek.com.) 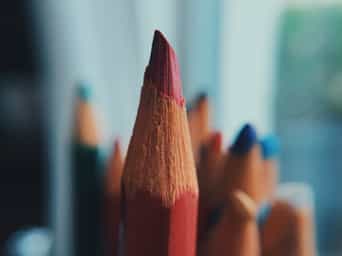