Hugh Macleod, after boasting that he is “doing nothing but make money via blogs,” ripped into the recent Slate article, “Twilight of the Blogs: Are they over as a business?”

In his usual style, Hugh goes for Big Media’s jugular:

Because they generally don’t do anything, except write endlessly about the people who do, their opinions are always based upon second-hand sources. Which makes for a pretty murky lens to view the world through.

Ouch. Since we have been personally ad-hominemed by Hugh for our “secret, hidden motives,” we’re sensitive to his off-the-cuff causticity. But we agree that the Slate article was not particularly well thought out.

Unlike Hugh, we actually like reporters and think they do important work. In fact — on average — we think they’re smarter than most of the folks we’ve met in the business world.

Part of the problem is embedded in the culture of the profession, Mr. Holden says: “Journalists always prided themselves on knowing so little about math.”… He also points out that many journalists can sail through college and journalism school without taking a class in math or statistics. Numerical knowledge often gets acquired on the job. “You learn by doing, and learn somewhat from your mistakes,” he says.

… I started reading the profile of NFL commissioner Paul Tagliabue in this week’s Sports Illustrated. The second paragraph reads: “Take league revenue: $5.7 billion this year versus $975 million in 1989. (Major League Baseball made $4.1 billion in 2004, the NBA about $3 billion.)”

The word “made” is what bothers me in this sentence, and it shows a lack of knowledge about what “revenue” means. Revenue is not money “made.” Net income, or profit, is money “made.” When I see something like this in a major publication, it makes me question what’s wrong in the rest of the issue.

Bottom line: Business reporters are better at telling the human stories behind business — for example, the great anecdotes in the recent Enron movie -- than they are at unearthing Enron-type scandals in the first place.

They’d have to be able to read the numbers to do that.

So their predictions regarding the prospects of the blog business — or any other business — are based on what Hugh calls “second-hand sources.” Most business coverage is the equivalent of entertainment writers asking Hollywood gossips whether the next Angelina Jolie movie is going to be a hit. It’s guesswork until that opening Friday night.

Our guess is that Hugh’s business — and other blog-based businesses — have a lot of room to run yet. 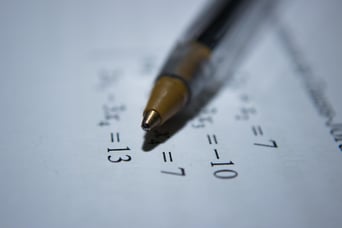 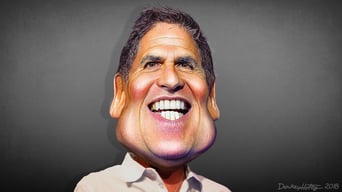