If You're Going to Sell Your Principles, at Least Demand a Fair Price

Blogs are by nature personal. Therein lies the beauty -- as well as the danger -- of company-sponsored blogs.

When most people write about the pitfalls of corporate blogging, they touch on issues such as libel, the risk of public companies releasing material information improperly, and so on. Indeed, those are real risks -- for corporations and their shareholders.

But the biggest risk in corporate blogging isn't to the company at all. It's to the individuals who blog in the name of the company they work for.

I'll give you the example that made me write this post:

A young ad rep for Google, three years out of college, writes for the Google Health Advertising blog. The blog is meant to spur healthcare companies to use Google advertising to get their message out at a time when they are taking a whole lot of grief.

As this young rep puts it in a post she calls, "Does negative press make you Sicko?":

Whatever the problem, Google can act as a platform for educating the public and promoting your message. We help you connect your company's assets while helping users find the information they seek.

Nothing wrong with that. This is America, and everyone deserves a fair trial. More power to Google -- and to the ad rep.

If she'd only left it at that.

Unfortunately, because we're in the world of blogs and not of brochures and press releases, the ad rep didn't leave it at that. She felt compelled to include her own personal critique of Michael Moore's "Sicko":

Moore attacks health insurers, health providers, and pharmaceutical companies by connecting them to isolated and emotional stories of the system at its worst. Moore's film portrays the industry as money and marketing driven, and fails to show healthcare's interest in patient well-being and care.

OK, do you see where a line was crossed here? It's the line between representing a company or client's interests -- and telling the world that you personally share those interests.

Of course, it's possible that this young ad rep has always been a big fan of the U.S. healthcare system. Perhaps she was so enthusiastic in her personal convictions that she asked to be assigned to Google Health Advertising so she could do her part to help insurance companies, pharmaceutical companies and healthcare providers fight baddies like Moore.

But it makes you wonder: If the same ad rep were assigned to build a Google ad campaign for Moore's movie distributor instead U.S. healthcare companies, would she be writing the same post? Would she refuse the Moore account because of her principled viewpoint that his film is unfair?

I won't answer for her, and I feel a little bad for singling her out in this way. But I think the lesson is a critical one -- particularly for young people just starting out in their careers.

Let me break it down into the following words of wisdom for early-career marketers and communicators:

1. Being in PR and advertising does not mean you have to personally agree with your employer or client on every issue.

2. If you don't agree with your employer or client, don't say you do.

3. Even if you don't have a strong opinion on an issue, don't personally take your employer or client's side simply because it's convenient or in your financial interests to do so.

That way, you retain who you are -- your personal moral autonomy. You don't have to sell your principles to anyone to succeed in your career; don't listen to anybody who tells you that you do.

I touched on the difference between representing your personal views and your client's views sometime back, when I complained about a former reporter friend who "called me out" in the following manner:

I was working in corporate communications, she was still a journalist, and she was writing a story about a controversy involving my company.

The conversation went like this: She asked me a question, and I told her my company's point of view on the issue. She didn't agree with this viewpoint; furthermore, she didn't believe that I agreed with it, and blurted out the following:

Notwithstanding the utter lack of comprehension of what PR people do -- i.e., we represent our employers or clients, not ourselves -- this former colleague's comment goes to the heart of what bothers me about some journalists. Put simply, they think they are better -- that their jobs have a higher moral and ethical purpose than that of the lowly PR practitioner.

In that situation, I felt completely justified in being pissed off.

But you know what? If I had just stepped over that little line and said "I" held a certain position, rather than that "my company" held that position, that former colleague would have been right.

I should add that you don't always get off the hook simply by hiding behind a client's position. Personally, for example, I could never work for a tobacco company, or most fast-food companies, or most big pharmaceutical companies. Most choices in life are not black and white.

Which leads me to this: I want to say something specifically to the ad rep who wrote the Moore post, should she happen to read this.

When I was younger and feeling my way in my career, I made plenty of mistakes -- including many worse than the one I suspect you might have made here. It's only by screwing up again and again that I've come to be able to offer whatever insight I have.

And if in your heart of hearts you truly believe that Michael Moore is being unfair to U.S healthcare companies, and that your advertising clients have the moral high ground, I'm sorry I used your post in my example. 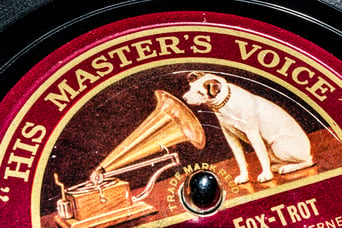 How To Conduct A Brand Voice Audit: A Step-By-Step Process

These 8 Press Release Mistakes Will Earn You Eye Rolls, Not Coverage