How To Talk Politics at Work

It was the hot topic of 2016, and considering the U.S. presidential election, it’s difficult to escape: politics. With one of the most heated election cycles in modern history, almost everyone seems to have an opinion. Although conversations about viewpoints were previously relegated to in-person discussions and phone calls, perspectives are now ubiquitous due to the rise of email and social media. Gifs, memes and strongly-worded posts are commonplace, and whether you choose to engage or scroll past has become a daily decision.

But how does this translate to the workforce? Do you openly discuss politics, or avoid these conversation like the plague? In short, it depends; however, keeping in mind these four tips can help you navigate the waters.

If you feel a burning desire to talk about it, ask first. Discussing politics often translates to talking about deep-rooted personal beliefs, so first make sure your colleague is comfortable having the conversation before diving into touchy subjects. Give them the option to decline, and respect that if they choose to do so.

Don’t believe everything you hear.

Most of us in public relations know the importance of fact checking, but this becomes exponentially true when talking politics. Get your facts from reputable articles. Check the source, and triple-check with other sources.

If you aren’t up-to-speed on the topic being discussed, that’s OK! Remember, you can always ask to continue the conversation after you’ve had a chance to do the research for yourself.

Most employers won’t bar you from talking politics at the office; however, this doesn’t translate to a free-for-all. If you feel that the conversation has taken a turn for the worse, excuse yourself. Emotion is a good thing, but disrespect can sometimes be a dangerous side effect.

Remember: Your primary purpose in the workforce is to be professional and complete the task at hand while treating others with respect. If you think a politically charged conversation could get in the way of that, it may be best to avoid it entirely. (Not to mention that if you’re on the clock, not too many employers would appreciate any conversation that could potentially take away from your work.)

At the end of the day, people in your life will hold different beliefs than you. This means your friends, family and colleagues. Instead of getting discouraged, get involved. After all, an organization that supports your beliefs can be the most rewarding outlet, and you’ll feel a sense of well-being from taking action.

Ultimately, you’re at the office to work. If you think that politics could be a potentially divisive or unhealthy topic, then it may be best to stay away from it entirely. If this is the case, stick with more neutral topics like upcoming weekend plans or your favorite cat video. (Trust me on the cat videos.) 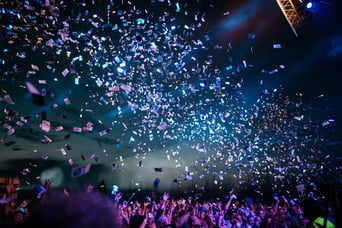 Amy Ridings
Amy is an enthusiastic, detail-oriented account executive who understands how to utilize the many tools at her disposal to achieve the results needed for each project. She possesses sharply refined analytical skills to blend data, ideas and client needs, and has developed a deep knowledge in a variety of industries, ranging from energy consulting and telecommunications to education reform.
Meet Amy Bridging the Gap: Why Integrated Campaigns are More Successful

6 Tips for PR Pros to Stand Above the Crowd