Why Awards Must Be Part of Your PR Program

(Author's update: RiseSmart's heightened profile helped lift it from two guys with a dream to a $100 million exit. For ShopSavvy the story was similar.)

In a world where thousands of technology companies are sending out press releases touting themselves as the next big thing, one way to separate yourself from the pack is to apply for, and win, industry awards for your company or products. This tells the media, analysts and other influencers -- not to mention your customers -- that your claims are more than talk.

Our client RiseSmart was recently named to the siTech 10, awarded by SiliconIndia.com to the 10 most promising technology companies. The honor was accompanied by a two-page article in the May issue of SiliconIndia magazine.

It's not the only award RiseSmart has added to its mantle of late. The company was just named a finalist for the Red Herring Top 100 North America award; has been selected as one of the Best Places to Work in the Bay Area by the San Francisco Business Times and Silicon Valley Business Journal; was honored as a TiE 50 finalist; and was recognized as a Champion of Diversity by the American Association for Affirmative Action.

ShopSavvy, the leading mobile shopping assistant for smartphone users, is another longtime client that has been snapping up the awards for some time.

I was just compiling a list of ShopSavvy's awards and recognition for a presentation, so I thought I'd share it here as well:

Pretty impressive, huh? These are the kind of achievements that separate the contenders from the pretenders in technology PR. 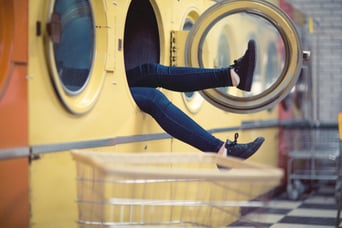