In a world without gatekeepers, influence is a continuum.

Gaining trust through third-party validation is no longer as simple as scoring a feature story in The New York Times or appearing on local TV news. Today, smart brands know that influence is a continuum. It starts with the customer of your product who writes a review on an online review site; those have influence on buyers who read them.

The bigger the influencer’s following, the more important their words become. As influencers grow in reach, they move along the continuum from niche social media personalities to major news media outlets. We help you identify and connect with the sources of third-party validation that are most important to your buyers. 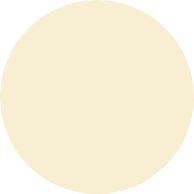 Why is third-party validation important?

Because people trust what other people say about you more than what you say about yourself.  More than half of B2B tech buyers rely on social proof—such as customer reviews, influencer endorsements and media praise— to help make purchase decisions. And fully half of decision-makers never engage with B2B tech vendors even once before making a purchase—making reviews and opinions online even more important.

How is a third-party validation strategy different from a media relations strategy?

When companies contact us seeking "good PR," we ask them what they mean by that. What goals are they trying to achieve? Often, they say they want brand awareness or media visibility. But we would argue that's not actually what most companies want, or should seek, from a PR firm.

If you simply want visibility —if you simply want to raise awareness—it would be more cost-effective to buy highly focused ads and serve them to your target audience. But that’s not really what you're looking for, is it?

You are actually seeking to establish a position of  authority in your market. You are seeking credibility. Ultimately, you are seeking one thing above all else: Trust. Your company needs to be trusted in the market, or you won’t be able to grow.

Traditionally, PR firms have secured media coverage to borrow the media outlet’s credibility and give their clients that mantle of trust that comes with it. But media relations alone is not enough anymore. You need to build trust in other ways as well. And that's what our third-party validation solution is all about.

What are "inbound trust signals" for third-party validation?

Idea Grove's third-party validation solution addresses each of these forms of social proof and trust building.

How can press releases be part of a successful third-party validation strategy?

A better approach, whenever possible, is to focus your press releases on your customers' accomplishments (facilitated by your product) rather than your own. Idea Grove CEO Scott Baradell discusses the benefits of this approach in a blog post for Business Wire, "Rethinking the Customer Press Release," with more insights here. Scott also demonstrates how Idea Grove successfully used this customer-centered model for one of our own press releases.

How critical are online review sites to third-party validation?

According to a HubSpot study, more than 85 percent of people trust online reviews as much as recommendations from friends and family.

To give you an idea of how important this kind of trust signal has become, did you know that there is a successful B2B tech reference site that has built its entire business on scraping and resharing your website's customer testimonials on its own site?

Why does this business model work? Because even the exact same customer endorsements are trusted more when they are on somebody else's website.

What five factors are most important to making online reviews trustworthy?

Based on significant research on trust (and distrust) in online reviews, five characteristics of customer reviews stand out:

We factor all of these criteria into our review site strategy and program recommendations.

How do influencers fit into a third-party validation strategy?

When many people think of an influencer, they picture camera-friendly 20-somethings documenting their glamorous lifestyles on TikTok or Instagram. That's not the kind of influencer we work with.

We dig deep to find the social media influencers who can move the needle for your brand in niche technology and vertical categories, from artificial intelligence to supply chain management, cybersecurity to transportation and logistics. These influencers serve a critical role in reaching your buyers in the most targeted, effective way possible.

How should I manage paid vs. organic influencer strategies?

The relationship of brands with influencers can be paid, organic or something in between. Traditional organic influencers—like industry analysts or journalists—are usually forbidden from accepting compensation by their employers. If they mention your brand, it’s because they believe it will be of interest to their audience.

Among paid influencers, compensation varies widely. For smaller influencers, being sent a free sample of a product can be sufficient compensation for post. An A-list celebrity, meanwhile, might command a million-dollar price tag for a single product mention.

With all the possibilities, what’s the best way to get started with an influencer marketing program that works?

First things first: don’t worry about whether the influencer is paid or organic. Even if the influencer is organic, gaining their endorsement costs money—the time and attention you put into finding them and pitching them your story. Focus on whether an influencer has credibility with their audience, and how well that audience matches yours.

Today’s top influencers—those with 1 million or more followers—are closer to reality TV stars than they are to average consumers, which can make them not as influential as you might think. Engagement rates also tend to decline as people’s follower counts increase.

Whether working with a nano-influencer or mega-influencer, a good rule of thumb is to work with influencers who have an average engagement rate of at least 1%. But these stats don’t tell the whole story, which is why you should take the time to review the influencer’s content for quality, consistency, and alignment with your brand’s messaging and goals.

How can I tell if a paid influencer is real or fake?

When considering paying an influencer, be sure to check for the following:

Why should companies pursue a unified third-party validation strategy?

Because all the elements of third-party validation are inextricably related today. If our media relations team pitches a story about a client to one of our media contacts, one of the first things that reporter will do is Google the client to check out its customer reviews and other social proof. Increasingly, in fact, journalists pull reviews directly from sources like Gartner Peer Insights to include in their stories, rather than interviewing customers themselves. And if you'd like to launch a successful influencer marketing program for your brand, you'll have a much easier time of it if your brand already has good visibility, glowing reviews and positive coverage online.