The Dallas Business Journal today named Idea Grove one of the winners of its 2021 Best Places to Work Awards. The agency is among 20 winners in its size category. Category winners and rankings for each category will be named at an event on Oct. 21 at the Renaissance Dallas at Plano Legacy West Hotel. 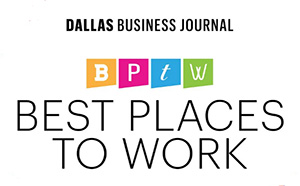 This year's awards mark the DBJ's 19th annual rankings. The list of winners was trimmed down from more than 330 nominated companies. These businesses had the highest employee survey scores among their peer companies in their size category. Winners were selected based on an indexed score created via employee responses to a survey conducted by Quantum Workplace.

The DBJ award is the latest in a series of honors Idea Grove has received in recent months for its achievements and culture. As a workplace, the agency was recently recognized with a spot on Inc. Magazine’s Best Workplaces for 2021 in May.

Inc. compiles its annual list by collecting data from thousands of organizations. Each company then takes part in an employee survey on topics including management effectiveness, benefits, and employee growth. Those results are audited to produce a final list. This year, only 429 honorees made the cut.